Oscar and BAFTA winners, aviators and pioneers alike have inspired generations. We are proud to pay homage to some of our Heroes for their amazing achievements and integrity, all of whom are a continual inspiration to us.

A pioneering English ‘aviatrix’ and the first female pilot to fly solo from Britain to Australia in 1930. She flew in WW2 as a part of the Air Transport Auxiliary and was introduced to flying as a hobby. She gained a pilot’s “A” licence, in July 1929 in London and in that same year became the first British woman to obtain a ground engineer’s “C” license. Johnson achieved worldwide recognition, leaving Croydon, South London, on 5th May 1930 and landing in Darwin, Northern Territories on 24th May after flying 11,000 miles. A most formidable woman with utter conviction and a pioneering mindset. A true trail-blazer. 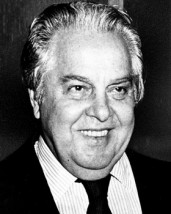 An American film producer nicknamed ‘Cubby‘ who made more than 40 motion pictures throughout his career. Most of the films were produced in the UK and often filmed at Pinewood Studios. Cubby co-founded Eon Productions with Harry Saltzman and is most notable as the producer of many of the iconic James Bond films. Among Cubby’s many great achievements was his creation of ‘Eon’ as an acronym for ‘Everything or Nothing’, an inspiration for us to be determined and achieve great things for our clients. 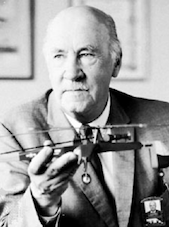 Born in Kiev, Ukraine, Sikorsky was to become a Russian-American aviation pioneer. Having spent time in Paris, the centre of the aviation world at the time, in 1909 Sikorsky returned to Russia and began designing his first helicopter. Its failure revealed many practical obstacles and while his second had a larger engine, it also failed to fly. For the time being Sikorsky decided to enter the field of fixed-wing design and began construction of his first airplane in 1910 the S-1 biplane. After subsequent success with fixed-wing aircraft, it wasn’t until after he became an American citizen in 1928 that he would return to his first love of helicopters. In 1939 he started the construction of the VS-300 helicopter and on 14th September of the same year the world first functioning helicopter lifted off. Through grit and determination, this pioneer left his mark on the aviation world forever. 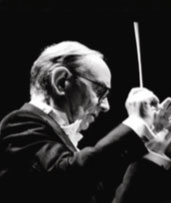 An Italian composer, conductor and former trumpet player who has written music for more than 500 motion pictures and television series, as well as contemporary classical works. His career includes a wide range of composition genres, making him one of the world’s most versatile, prolific and influential film composers of all time. Morricone’s music has been used in more than 60 award-winning films such as Once Upon a Time in the West. His expression through music and devotion to the film industry are an inspiration to us. 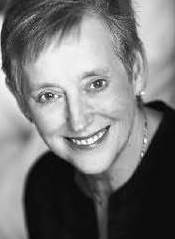 Famously uncovered as the first female Director General. In 1967, after two years in India, Rimington assisted one of the First Secretaries at the High Commission with his office work for British Security Service. Gaining her security clearance, Rimington worked in the MI5 office for nearly two years, until she returned to London in 1969, where she applied for a permanent position at MI5. Between 1969 and 1990, Rimington worked for the Counter Espionage, Counter Subversion and Counter Terrorism units. In 1990, she was promoted to Deputy Director General. On her return from a visit to Moscow in December 1991, where she made the first friendly contact between the British intelligence services and the KGB, she was promoted to Director General, a position she held until 1996. A female achiever of high-office taking some of the toughest decisions with complete discreation. 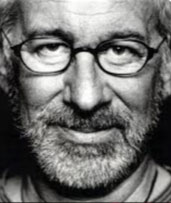 An American film director, screenwriter and producer. Spielberg is consistently considered as one of the leading pioneers of the New Hollywood era, as well as being viewed as one of the most popular and influential filmmakers in the history of cinema. In a career spanning more than four decades, Spielberg’s films have covered many themes and genres. A devoted and consummate professional. 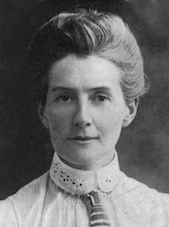 A British nurse celebrated for saving the lives of soldiers from both sides during WW1 without discrimination and in helping some 200 Allied soldiers escape from German occupied Belgium, for which she was arrested. She was accused of treason and found guilty by a court-martial and sentenced to death. Despite international pressure for mercy, she was shot by a German firing squad. Her execution received worldwide condemnation. She is well known for her statement that “patriotism is not enough” and was quoted as saying, “I can’t stop while there are lives to be saved”. Cavell’s moral integrity and utter decency should be a benchmark for society as a whole. 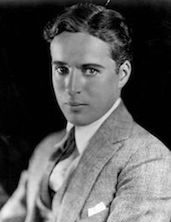 An English comic actor who rose to fame during the era of silent film. Known as Charlie Chaplin he became a worldwide icon through his screen persona of the ‘Tramp’ and is considered one of the most important figures in the history of the film industry. His career spanned more than 75 years. Chaplin’s childhood in London was one of poverty. He began performing at an early age, touring music halls and working as a stage actor and comedian. Later he went to America and was scouted for the film industry. He wrote, directed, produced, edited, starred in and composed the music for most of his films – he was a perfectionist. It is Chaplin’s work ethic and commitment to succeed is an inspiration to us. 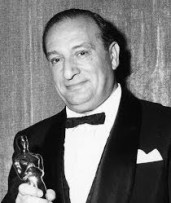 Spiegel was a Polish born American independent film producer who was the first to win the Academy Award for Best Picture three times, and the only one to be the sole producer on all three winning films. His nickname was the “velvet octopus” after his propensity to entwine himself with women in the back of taxi cabs and manage Hollywood with a velvet touch. He loved London and admired the British. His greatest movies The Bridge on the River Kwai (1957) and Lawrence of Arabia (1962), won seven Academy Awards including Best Picture. A flamboyant and charismatic showman who very much left his mark on the film industry.

Visit the Hangar and have a look at some examples of what we can offer,
or drop us a line and we’ll be delighted to help.

Take A Look Inside